Have you trained your salespeople to sell at trade shows? 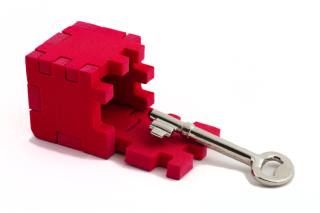 Continue reading "Have you trained your salespeople to sell at trade shows? " »

Posted at 11:38 AM in 56 Reasons Why Sales are Down, Trade Shows-Exhibits, Training | Permalink | 0 comments

How to Measure Revenue from Exhibits - Victor Kippes on SLMA Radio

Listen while you work: How to Measure Revenue from Trade Shows

Posted at 12:10 AM in SLMA Go to the Bank Stamp of Approval , Trade Shows-Exhibits | Permalink | 0 comments

How to Double Qualified Leads from Trade Shows

Everyone, yes everyone, knows that trade show leads close faster than any other type of lead (fewer steps in less time).  With the fixed cost of a trade show going in, the challenge is how an average company can get the maximum number of qualified leads.
Why it matters:
Double the number of qualified leads, (which reduces your lead cost in half) and you will increase sales by 100%. Sounds farfetched but not really; our guest George Rebhan of LeadValu tell us how to do it.

About our Guest  George Rebhan
George is president and co-founder of LeadValu LLC, and an accomplished entrepreneur and product development expert with over 30 years of experience. He’s been part of the founding or executive management team for a number of start-up or early stage companies. George also played a key role in the acquisition planning/strategy and post-acquisition integration for those companies.

Go Figure: 98% of Exhibit Money is Spent on Showing Up, Only 2% on Lead Acquisition

Before I start, let me preface my remarks by saying that exhibit management, pound for pound, produces more wealth for their firm than anyone else in the company.  My belief is they create more qualified leads that close with fewer touches than most other lead sources.  But they can do more; 300% more with little effort or money!

That said, “Why” I ask, “does an exhibits manager who chooses the best space, builds terrific exhibits, selects the best freight lines, understands booth traffic flow, writes  signage that stops people in their tracks, creates theaters and entertainment, negotiates the best hotel rates, sets up exhibits in record time, deals with unions, creates special events surrounding the trade show, all to attract the best prospects, and then breaks it all down in 24 hours, fail so miserably when it comes to trade show lead acquisition?”

We have to ask, "What is an exhibit all about if not to talk to and get the names of prospects to increase revenue for the company?” Hey exhibits manager, it’s all about leads.  Of course the manager says, “Well, I ordered the trade show lead acquisition system that will read the badges, what more do you want?”

“I’d like the most qualified leads the exhibits manager can create, but frankly, most rental systems available from show organizers don’t cut it.”  A $300-$500 system that provides nothing but name, company, address, maybe a phone number, and maybe an email address (20% of this information likely wrong anyway) isn’t enough.

“Why do exhibit managers always go cheap on the sales lead acquisition system?

It’s a costly mistake that reduces the return on show investment by 200-300%.”

Continue reading "Go Figure: 98% of Exhibit Money is Spent on Showing Up, Only 2% on Lead Acquisition" »

Listen While You Work: Matt Hill on Doubling Your Qualified Leads At Trade Shows

Matt Hill of the Hill Group tells us how to create double the qualified loads at trade shows. Hill ,who says his company has trained over 60,000 sales reps, says it doesn’t cost more to the create better leads, just reps that are willing to learn.

Some of the points covered:

Continue reading "Listen While You Work: Matt Hill on Doubling Your Qualified Leads At Trade Shows" » 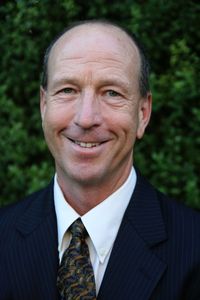 Title and Link: Working with your Millennial Exhibit Staff

SLMA Score:  Five of Five.  Compact at four pages but loaded with a to-do list.  Not self-serving.

Industry stats indicate it takes fewer touches to make a sale from an exhibit visitor. If this is true, companies should be trying to go to as many shows as possible and the goal should be a high lead count of qualified prospects. In this program, Victor Kippes, President of Validar will describe the Five Ways to Increase Qualified leads by 300%. The host is Jim Obermayer.

About Validar Since 2005, Validar Inc. has helped B2B event marketers better understand and...

Posted at 08:56 AM in Trade Shows-Exhibits | Permalink | 0 comments