When Leads Sneak Into Your Company but aren't Counted

The majority of companies produce 20%-25% more total inquiries and leads a month than company executives realize, but these leads are not counted, distributed or measured.  They are ghost leads. This occurs more frequently in smaller to mid-sized companies, but even enterprise companies are not immune.

Continue reading "When Leads Sneak Into Your Company but aren't Counted" »

At the end of another blog entry (one of the best read)  titled “All know the way; few actually walk it. ~Bodhidharma,” I quoted Giraudoux’s famous saying, “Only the mediocre are always at their best.”

As typically happens when we read something like this, we assume “the mediocre” is always someone else.  It’s certainly not us.

Continue reading "If the mediocre are always at their best, who are “the mediocre?” " »

"Without a lead scoring process, your lead generation efforts will falter, marketing dollars will be wasted and sales productivity will be 20-30% lower than needed."

This review was conducted independently without the advice or consent of the publisher.    Of course, we only review those papers that are worth it for you to read, we leave the others to someone else.

Listen and grow while you work!

"Rarely does the sales team and marketing team get to work so closely together...and a lead scoring project can transform the culture between the two teams."

Better to find out the rest of the story before showing off our smarties. 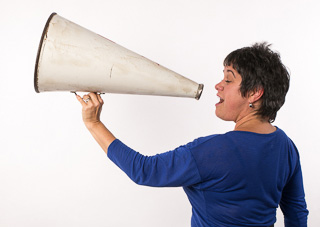 If you are an expert in ANY field, you must admit to, even if quietly where no one can see you, that you feel superior to those who don't do it as well as you. You may even go so far as to showcase your vast experience and shiny skills to any audience willing to listen at the expense of the one with less experience. Resist that temptation. There may be more to the story than you think. Usually the full story is far more interesting than the one of pointing out a supposed dullard or dunderhead. It's not a great quality to possess, but we are human. What we do with those initial thoughts of superiority defines who we are.

Recently a nearby neighborhood replaced a VERY dated, bedraggled and shabby sign installed in

Continue reading "Better to find out the rest of the story before showing off our smarties." »

Beyond Alignment: 5 Ways to Integrate Sales and Marketing Teams

Getting sales and marketing teams into alignment is a hot topic lately, and for good reason. According to a study from the Aberdeen Group, highly aligned marketing and sales organizations achieved an average of 32% year over year revenue growth, while their less-aligned competitors saw a seven percent decrease in revenue. And MarketingProfs has found that organizations with tightly aligned sales and marketing functions enjoyed 36% higher customer retention rates. So if we all agree that alignment is critical, and the data proves that it provides tangible business benefits, why isn’t everyone doing it?

It’s simple. Making fundamental changes to the way we work can be extremely difficult. But maybe the problem isn’t that sales and marketing aren’t aligned. Maybe the problem is that alignment just isn’t enough.

Who's Numbers do you trust? The problem of skewed ad impressions. London-based startup Spider.io, which helps publishers and advertisers identify legitimate web traffic, has discovered a ring of more than 120,000 hijacked computers that have been flooding websites with fake traffic and in turn costing advertisers more than $6 million per month, the company said in post on its blog. Called the Chameleon botnet, this cluster of computers typically generates more than nine billion illegitimate ad impressions across 202 websites monthly.

Spider.io, which said it has been tracking the Chameleon botnet since December 2012, found that 95% of the machines involved access the internet from residential IP addresses in the United States. Each bot within the network of computers resembles a group of web users concurrently visiting one the 202 implicated websites. In a typical month, the botnet accounts for at least seven million ad-exchange cookies.

You can read the full article here.

Granted, we are only talking about 202 websites, but how many ads are on those sites and who is behind those ads and their placement? Hope it isn't one of YOUR ads. That would be awful. You'd be paying for more fake results, goes with our post about fake and automated networking on LinkedIn.  Feels different when you may be the victim and have to pay, doesn't it? How is it very different from automatically posting status updates without engaging? Shoe is just on the other foot. Think of your advertising dollars as minutes. Would you want to waste precious minutes every day thinking you are engaging your target audience, sincere prospects, etc.? Of coruse not.

If you run advertising campaigns, be they over mobile devices, print ads in publications, direct mail, direct email - check out the numbers. How do they arrive at the number of delivered "impressions." We receive three yellow pages each year - 3. If I get outside quick enough, before the children come home from school, I toss them right into the recycle bin. They have been delivered, the company has an automated call asking me to push 1 it was delivered and 2 if it was not. If I push 2 because I tossed it, I receive another set. If I push 1, that number is reported to the advertisers to prove value. If I don't make it out to the trash in time and my children find the books, they become sleds down the stairs due to the slick cover.

You need to understand the numbers claimed BEFORE YOU pay or commit to another season or advertising period.

What good is helpful information if you keep it locked up? 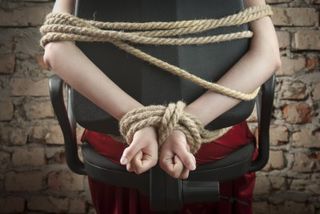 How many of you are over the fact that when you click on a helpful or interesting headline the first thing you need to do is fill out a form to view it? This is typical on Twitter and LinkedIn.  Time to practice combatting what we rant about regularly.  The SLMA.com website has had a wonderful library of articles for members to read. They were required to login and then they had access.

This doesn't help everyone who just doesn't feel like remembering one more password. Our article authors take a lot of time to write these articles. We want to share their information with everyone - member or non-member. So we have gone through and made EVERY article on SLMA.com public.

Members wll be required to login in order to nominate and vote for the 50 Most Influential in Sales Lead Management each year. Members will be required to login to nominate for the 20 Women to Watch in Sales Lead Management, as well. We may have one or two items like that requiring login, but information, articles and whitepapers are available to all as of this week!

There is a wealth of information sorted by topic. If you haven't logged in lately, or just never bothered, this is a great time to read some of our articles, including these topics:

Proud of my daughter's success in her current career.

As parents we watch our children grow, go to college, start careers. They start learning from us and our examples. They learn from their peers, professors, internships. Sometimes they don't realize what has soaked in from our teachings and examples.

She only has a seaonal business. Each year she adds another 25% to her customer base. She reconnects with her clients and shows them new product, talks about any pricing changes, profitability and the company's mission. She's passionate and truly listens to her customers. They feel valued and are loyal to her efforts.

As most are from her local farm, or referrals, 90% of her leads are qualified. There are unforeseen wrenches that she can't always combat, but she shakes them off and makes room for the next sale.

She follows up with last year's customers, asking them if they have an referrals for her in the area, then following up immediately mentioning the original customer as the one who sent her to them.

Continue reading "Proud of my daughter's success in her current career." »

5 Key Tactics for Managing Your Leads to Win More Sales 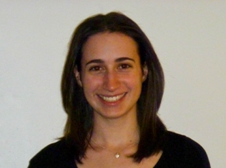 So you are lucky enough to work in an inbound environment and your marketing team is filling your pipeline with leads for you to work and, hopefully, convert into customers. In order to make sure that the leads you get are qualified and ready for that phone call, it’s crucial that your sales and marketing teams work together to devise an effective lead management strategy.

By nurturing unqualified leads with email campaigns that deliver educational offers and opportunities to learn more about your company and your product, your marketing team can essentially guide them through the research stage of your buying cycle and further down your sales funnel. Once these leads have demonstrated a strong interest in your product and a significant likelihood of buying, they should be sent over to sales, so you can delve deeper into the purchasing process and close that revenue.