Home The SLMA Join the SLMA 20 Women to Watch SLMA Radio Sponsors 40 Most Inspiring Privacy
No One Can Sprinkle Sugar on Bulls--- and Call it Candy
4 Minutes with John Asher - It Ain't Money, It Ain't Food, and It Ain't Romance, It's all about the Passion

When to Fire a Low-Performing Sales Rep 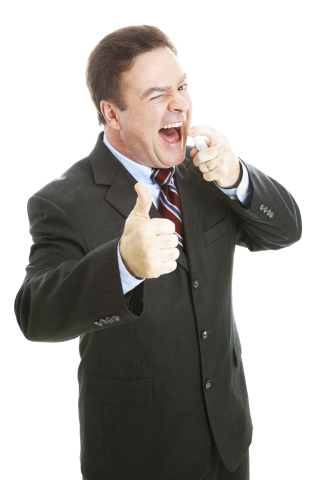 When sales are slowing down, the "ghost-pipeline" starts to build as sales reps stop closing out prospects that in ordinary times would be labeled dead.  At this point the pressure is growing on the sales manager to get rid of non-performing salespeople.

The sales manager will often draw a line and say “Make the numbers this month or you will be fired.”  Most often senior management will step in and say, “But Bob, we only have six reps.  If you fire two of them we are in real trouble.  We’d rather have a poor-performing rep over no rep.”  Hence the ‘bad breath’ versus ‘no breath’ reference.

"...trying to keep a sales representative who is weak, unproductive and misleading delays your recovery.  It takes 4-6 months for a new rep to be productive; you may as well face reality and pull the trigger and get on with it. Find a producer."

Unfortunately, this forestalls the inevitable and the rep who limps along costs the company more (by being on staff) than they

are selling.  I had a situation once where the rep cost us $6K a month all in, but was only selling $5K.  Management continued to say, “But we wouldn’t even have that $5K if she were gone.”  My response was that we’d lower our sales expense and still make the sale without her.   We finally fired her and used the money on promotions to strengthen lead generating efforts for the remaining reps.  The remaining reps took over her pipeline, which as it often turns out, was worthless.

In the end there were more leads to go around and the remaining sales representatives appear to work more diligently.  As Samuel Johnson said, “Depend upon it, Sir, when a man knows he is to be hanged in a fortnight, it concentrates his mind wonderfully.”

When you confirm that a sales rep draws down on your precious resources, thereby not giving you a return on your investment in them, you have to give them an opportunity in another company.  Sales reps must know they are held to productivity standards. As their productivity fails, they must be coached and warned and helped and then let go.  Delaying the inevitable, trying to keep a sales representative who is weak, unproductive and misleading delays your recovery.  It takes 4-6 months for a new rep to be productive; you may as well face reality and pull the trigger and get on with it. Find a producer.

This subject appeared in the ebook: "How to Tell if Your Pipeline is Failing You: A CEO's Guide"   Click here for access to the complete guide at the Sales Lead Management Association.     In this guide for CEO’s that are trying to understand the conflicting stories from their salespeople and the one document that indicates the health of their company, the author takes the reader on a journey of what is really happening when sales are dropping and the forecast from the pipeline appears unreliable.

Posted at 12:46 AM in Sales Management, Sales Quotas | Permalink | 0 comments