Are Your Salespeople Infected with Sales Fungus? 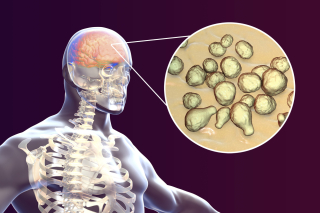 ales Fungus takes many forms. It reveals itself as a brain disease often fatal to the rep’s career if not cured early enough.   The effects of an SF Infection are:

"The over-riding symptom of a Sales Fungus infection is the reps failure to consistently make quota."

For sales reps infected with Sales Fungus, the future is not totally bleak.  But without help, they seldom make quota (management often believes bad breath, as in ‘poor sales,’ is better than no breath), they keep their jobs, sometimes for years, while the infection rages.

The cure for Sales Fungus is intense sales training, adherence to company policies, and with insistence that the CRM and pipeline management processes are adhered to.  Sales leads must be followed up 100%.  Oftentimes, however, the Sales Fungus is too advanced, and the rep must be put down (fired).

A dreadful thing occurs when most of the sales reps are infected with Sales Fungus within an organization: the manager gets a dose of it that’s usually fatal to his or her job. It’s very sad.