“If there were four more like me, I wouldn’t need the rest of you.”

Elon Musk[i] didn't say this but he was quoted in the several papers recently as saying, “If you have anyone who can do the job better, let me know. They can have the job.  Is there someone who can do the job better?  They can have the job right now.”[ii]    He was referring of course to his management of Tesla, and by implication other associated businesses.

Musk’s unusual public admission, and the hubris behind his management drive, reminds me of the best advice I received from mentor and friend Michael Alexander, host of Radio Free LA - AM 870 THE ANSWER.

During one of our mentor sessions at a sidewalk restaurant in Ventura, CA, as I described my trials consulting 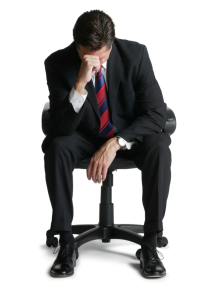 for a software company,  Alexander said, “Jim, don’t you know these guys feel that, “If there were four more like them in the company they wouldn’t need anyone else?”

While we know entrepreneurs are the life blood of many startups, many never get beyond feeling that they have all the answers, talent, and drive that make a company work.   And if only there were more like them…

Musk’s unusual admission that he is stressed is a familiar private refrain of many CEOs, plus any number of CMOs and CSOs.  Truth be told, Tesla, Inc. might not be where it is without his leadership.  But there’s a time when he, and many like him, must transfer his vision and drive to others on his staff.   He has a decision to make whether he is the CEO or the president of one of his companies.  The Tesla board may make the decision for him by the time you read this.

The lesson from this brash entrepreneurial poster boy isn’t that these jobs have stress, but that it’s his job to recruit people who can execute, are driven, and can make decisions in his, the visionary’s, favor.  Yes, Alexander is right, the entrepreneur believes if he had more like him he wouldn’t need the rest of us.   What the entrepreneur doesn’t realize, or admit, is that these people who could help him do exist.

Coming to this realization isn’t an easy task, or more entrepreneurs would do it.  What holds them back is that they love the decision making.   They flourish on managers who wait for his or her decisions.  They thrive on the need to make quick decisions, often changing course mid-stride. Problems for an entrepreneur are fertilizer. Complaining about the stress, the need for Ambien to sleep, the occasional private tears and shouts of joy, and tweeting are part of the condition.

This isn’t an entreaty to stop these men and women because, frankly, they are unstoppable, except by “temporary” failure.   It’s an invitation to help you understand what you’re dealing with when you work for the Elon Musks of the world.  In the entrepreneurial world there are management turnovers for people who don’t measure up to the entrepreneur; this isn’t bad, it just is.  There are mangers who can’t handle working for someone like this; and that’s ok.    For those of you who can stand the stress, the change of direction, the seemingly impossible demands, it can be a wonderful business experience.

An entrepreneur’s ability to be the best salesperson and deal maker is legend in his or her own mind and also part of the Musk personality.

[ii] New York Times is the source, reported by Tom Krisher of the Associated Press.