Some say it is the best story I have told. I told it to Dan McDade's readers on Viewpoint,  The Truth About Lead Generation. 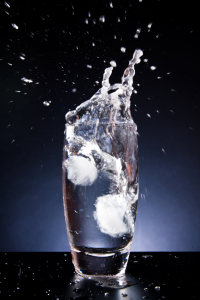 He stands 6’5” in custom-made cowboy boots and wears a wide-brimmed cowboy hat that cost as much as the boots. Likeable and direct, he pointed a lot and pointing makes me uncomfortable. Jabbing the air seemed like jabbing me in the chest, and as my mother would say, that’s impolite. But I know he is just western, real western, and he didn’t mean anything personal.

It was in answer to my questions about lead follow-up by salespeople that he grumbled, “And people in hell also want ice water.“

“If they just do their damn job and stop whining we’d all be better off,” he said with an interesting whine in his voice. He was frustrated; angry that the marketing spend wasn’t showing the ROI expected, and he blamed salespeople.

“Of course,” I said, “I agree that ultimately the salespeople have to realize that sales lead follow-up is part of their job, maybe the biggest part, but if the salespeople aren’t being held accountable, I blame the sales manager.”

That stopped him. “Yep, I guess the coach is responsible if his people aren’t playing well. If they don’t have discipline to do their job, the sales manager has to be held accountable as well. Maybe more so. Should I just fire the sales manager?”

“Maybe that will be necessary,” I said.

For years, at almost every speech I have given, I blamed the salespeople for lack of follow-up, sometimes as high as 90%. And I let the sales managers off with barely a reprimand. I was wrong. If someone isn’t doing their job, that person and their manager have to be held accountable.

Want to read the rest of the story, Click here.

Posted at 09:24 AM in Lead Management, Stories | Permalink | 0 comments