Home The SLMA Join the SLMA 20 Women to Watch SLMA Radio Sponsors 40 Most Inspiring Privacy
5 Ways to Directly Improve Account Based Selling and Marketing – Brian Carroll – CRM Radio
Rant: If you want to be reached, stop hiding! Unless you have something to hide.

The incomplete marketing manager: A Story

She said, with a somewhat quizzical look on her face, “What do you mean lead management? We have a CRM system; what else do I need?” This conversation was six months ago. 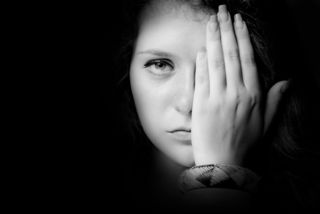 Elvira* is a marketing manager for a software firm. She’s been on the job for many years, has a staff, and is known for both her technical understanding of the company’s products and her writing skills. To her credit, she embraced the internet early and often. Social media in all aspects is another of her strengths, and she wields it aggressively in all outlets possible.

Her approach to lead generation has been moderate with trade shows, forms on the website, some webinars and pay-per-click. She left the choice and management of the CRM system up to a parade of sales managers, who unfortunately have come and gone to such a degree that she no longer names them…they are numbers. When I asked about the CRM system, she said that each new sales manager had his or her own favorite, and the cost and disruption of changing was something that had reluctantly been accepted.

"She said, with a somewhat quizzical look on her face, “What do you mean lead management? We have a CRM system; what else do I need?”

So what’s the issue you ask? Most company presidents would be ecstatic with this profile, right?

These are the issues:

• She did not realize that she created wealth for the company. She generated a lot of inquiries.
• She couldn’t define a qualified lead.
• When asked, the company’s salespeople say they chased a lot of people, but few buyers.
• She didn’t use the CRM’s reporting system; that was Sales’ responsibility, not Marketing’s.
• The marketing automation system was used as a vehicle to transfer inquiries to the CRM system and to count, but not to nurture inquiries and leads.
• From her perspective, she had completed the task placed before her.

My task was to tell her that the task within her task was not complete. As it stood she was an incomplete marketing manager.  She didn’t take it well.

Her first hurdle was to accept that she can and should create qualified inquiries (leads) in the midst of the inquiries. Then we had to discuss who should manage the CRM system. That she understood, and she wanted to assume leadership in this area. Next we discussed the importance of measuring what she manages by determining which inquiries and leads turn into a sale and, just as importantly, understanding the sources of unqualified and non-sales inquiries and leads.

"It took her a while to understand that her most important task was the creation of wealth and managing sales leads is the shortest pathway!"

“Of course I can measure this,” she said with a little frustration in her voice, “but what I can’t do is change the behavior of our salespeople. If they aren’t into follow-up or closing out the opportunities, my reports are trash"

Ah, now we were at the crux of the matter. She had to go from ignoring the sales manager (after all, one would pass through the doorway every 12-18 months), to working with Sales. She finally understood that maybe, just maybe, the reason for the swinging door was that some of the tasks within the tasks that she was not doing needed to be done.

So we outlined an approach that she’s implementing with the new marketing plan.

1. She has taken over the management of the CRM system. Not a difficult sell as the sales manager never wanted to do it anyway.
2. She’s using the marketing automation system to do more than count. It’s now an aggressive part of the nurturing process.
3. She is teaching her “people,” and herself, how to generate qualified leads.
4. She’s met with the national sales manager, as well as the regional manager and the salespeople, to discuss the importance of closing out opportunities and reporting the results.
5. Her media buying is changing as she measures lead generation against sales results.

Of all the tasks within the tasks that she took on, it took her a while to understand and accept that the most important one was the creation of wealth through the manufacture of more qualified buyers; buyers who eventually bought more from her company than from the competition. Once she realized her role as a wealth builder, her attitude changed, her aggressiveness was jacked up several notches, and she now has enthusiasm for her work. Before, she had only mediocre satisfaction while she waited for yet another new sales manager to arrive.