Where Do Honesty and Character Reside in Business?

My first Test of Integrity 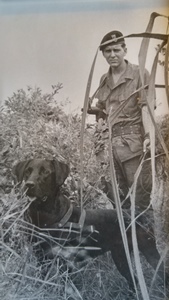 My first big test of integrity, or doing what’s right, came on one of my first combat missions in Vietnam as a young infantry 2nd Lieutenant.  Long story short, my tracker team was dropped onto a landing zone hilltop at first light, after an early dawn attack by the Viet Cong.   Our mission was to track and establish contact.  There were six team members:  Twigger the Labrador retriever, the dog handler, visual tracker, team leader and two cover men.   We wore no helmets (to avoid noise); no flak jackets.  Everything was taped tightly to avoid noise; we carried lots of ammo and two weapons, and little else.  We were choppered in for a mission and pulled out afterward.  With only four teams for the 26,000-man American Infantry Division we kept busy.

As the LT, I was along for the ride.

We landed on the LZ at first light, right after the aforementioned predawn attack.  It was already hot, and humidity closed in around us as the Huey lifted off.   There were six dead soldiers on the landing zone, wrapped in ponchos waiting for a chopper to take them off the LZ and back home to grieving families.  Another half dozen wounded had been lifted off.

The company commander met us, took us to a break in the barbed wire, and there were more bodies; but this time they were the attackers caught in the wire. He said, “I will give you two squads to catch ‘em.  Do your thing. Track ‘em and kill ‘em, and by the way, everything around us is hostile.  Don’t go too far out.”

Twigger was already picking up the scent, whining and pawing the ground and running in circles on the lead.  Off we went with the tracker team in the lead and the two squads behind us, running at almost full speed.  The sun was barely up, the jungle closed in around us, and it was unusually quiet except for us.  With cover men scanning in front of us for signs of an ambush, and the dog and handler doing dual duty of tracking and ambush alert, we charged recklessly down the hill.   Our theory was the VC wouldn’t stop on their way down to set booby traps.  The squadrons behind us wanted revenge and we were there to give it to them.   We were young and pissed off, and that’s not always a good combination.

We got lucky. No ambush.  No booby traps.

We got to the closest village near the base of the hill. During a search we found fresh bloody bandages, hidden, two draft-age males who were trying to fit in, and two AK 47s hidden in large grain jars, below ground. No wounded.  As our interpreter interrogated them, he said this was a VC village.  The other attackers had headed to the next village carrying the wounded. The two were surprised we came down the hill so quickly. After discussing if we should go on to the next village across open rice paddies, sheltered on two sides with foliage and the village, with only two squads of infantry, we decided to take our limited detainees and call it a day.  Two squads were too small a force to chase that far into hostile territory (the mistakes made by General Custer echo in my head now).  We bound up the men, and called for an extraction for the team.  The squads would make their way back up the winding trail. By now it was nearly midday by the time the Hueys came, and going up was tougher than going down.  No one wanted to be on the trail nearing darkness.

As we waited, a sergeant for the two squads came up to me, pulled me aside, and said, “LT, the captain said ‘If we found where they came from we should destroy the village and everyone in it.’”  This was upward delegation if ever I heard it.

OK, here I was four weeks in-country, my first real mission and this gets tossed to me.  The sergeant waited for a reply.   He was angry that they’d lost men and this wasn’t the first time.  He waited.  I looked around me at the women and children, and the old men and women, and said, “Nope, that’s not gonna happen.”

We got lifted off and the infantry went back up to the LZ.  I never heard anything from the captain.

One of my first big tests in business came as a vice president of marketing at a medical device firm.   The product manager came to me saying the FDA had rejected our application on a new medical device, and wanted more information before they would approve a product we were going to launch.  I went to the company president and said we’d be delayed; he said something the effect of “%#2*& ‘em.  Lie to them and tell them what they want to hear.”

I met with the product managers and we decided that “%#2*& ‘em” was not a proper response, and neither was lying to the FDA. 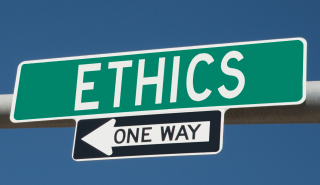 The president asked me a few days later what we were doing, and I said we were working on it and all would be ok.  The truth is it took a few weeks of hard work by the product managers to dig deeper, answer questions, get the data and do it right; 90 days later we got the approval.

“See,” the company president said, “that wasn’t so hard to just tell ‘em what they want to hear.”

The product managers had integrity.  They wouldn’t put their names on something that was a lie.

For the past few years or so I have been wrestling with the character and honesty failures of large companies.  During my career I saw that honesty wasn’t an uncommon challenge for small companies; but big companies, I thought, have made it and they were essentially immune from lies and intentionally misleading their buyers and making products that hurt people or broke laws.

We have seen, however, that my faith in large companies has been largely misplaced.  What has happened with these companies follows a pattern of denial, the circling of wagons, more denial, public revelation, limited admission, more denial, investigations, and then the poor slob in engineering is named as the culprit.

It has happened with many of the auto companies and their suppliers.  Oil companies too are under fire.  A medical testing firm has big issues, and even one of our largest soft drink manufacturers has an issue.  And then the defense department is in a dust-up about spending money with sports teams.

I almost bought a German diesel auto, now at the center of continuing investigation.  I bank at a large institution, and remember being pushed to open new accounts (although none were opened without my knowledge).  I know some employees were pushed out of the bank because they said they wouldn’t do things the company wanted them to do.  At the time I didn’t fully understand; I just assumed they weren’t making quota.

Where is all of this coming from?  Has it always been there and I’ve been blind?  I have found that a rotten apple sitting on top of a pile of apples will turn the pile rotten pretty fast.   But I also think that we as workers within a company have to take a stand on honesty and truth and character.  It has to start with a green 2nd Lieutenant in combat, a product manager, an engineer, and a sales manager.   It has to start with you.

On Integrity: “I have found that a rotten apple sitting on top of a pile of apples will turn the pile rotten pretty fast.”

Yep, it’s hard to do when you have a family, a stock plan, and a career, and someone tells you to do something stupid that will hurt the company, the customers, and the employees; but honesty has to start and stop somewhere.  Stupid ideas are put forth all of the time and when it happens, someone has to step up and say, “No, we can’t do that.”

The impact of dishonesty, lying, and falsifying test results is so large and stupid, it defies logic that those decisions were made in the first place.

Of course, bad decisions from higher up can’t always be shut down by an employee who says ‘no’ to stupidity, but it can stop a lot of the wrong doing.  It can save jobs, it can save investors’ money, and it can save a brand from years of bad publicity and footnotes that remind everyone the company is tainted.

So my message is that bad decisions most often come from higher ups, but the decision to implement often resides with us.  A simple ‘no’ to keep something from being done can stop a lot of stupidity.  ‘Certainly not’ can keep people out of jail and money in investors’ pockets.  ‘Hell no’ can keep fellow employees employed, brands strong and irresponsible decisions out of the marketplace.