Home The SLMA Join the SLMA 20 Women to Watch SLMA Radio Sponsors 40 Most Inspiring Privacy
Cartoon for the Weekend: That came From our Marketing Automation Program?
Is there a Captain of the Lead Management Ship?

Wow these estimates vary.  You'll just have to dig deeper.  This is quoted directly from each site.  No editorial. 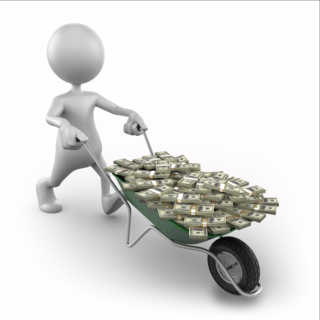 Public Relations Managers in the United States can expect to earn an average of $61K annually.

Overall cash earnings for Public Relations Managers stretch from $39K on the lower end to $99K near the top, and the heftiest packages can encompass around $11K from bonuses and $10K from profit sharing. Career length is the biggest factor affecting pay for this group, followed by geography. Job satisfaction is reported as high by the vast majority of workers. Most report receiving medical coverage from their employers and a strong majority collect dental insurance. Men are in the minority of survey respondents, with female Public Relations Managers making up 76 percent. Figures cited in this summary are based on replies to PayScale's salary questionnaire.