Go Figure: 98% of Exhibit Money is Spent on Showing Up, Only 2% on Lead Acquisition 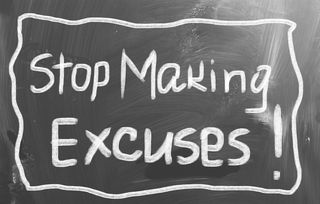 Before I start, let me preface my remarks by saying that exhibit management, pound for pound, produces more wealth for their firm than anyone else in the company.  My belief is they create more qualified leads that close with fewer touches than most other lead sources.  But they can do more; 300% more with little effort or money!

That said, “Why” I ask, “does an exhibits manager who chooses the best space, builds terrific exhibits, selects the best freight lines, understands booth traffic flow, writes  signage that stops people in their tracks, creates theaters and entertainment, negotiates the best hotel rates, sets up exhibits in record time, deals with unions, creates special events surrounding the trade show, all to attract the best prospects, and then breaks it all down in 24 hours, fail so miserably when it comes to trade show lead acquisition?”

We have to ask, "What is an exhibit all about if not to talk to and get the names of prospects to increase revenue for the company?” Hey exhibits manager, it’s all about leads.  Of course the manager says, “Well, I ordered the trade show lead acquisition system that will read the badges, what more do you want?”

“I’d like the most qualified leads the exhibits manager can create, but frankly, most rental systems available from show organizers don’t cut it.”  A $300-$500 system that provides nothing but name, company, address, maybe a phone number, and maybe an email address (20% of this information likely wrong anyway) isn’t enough.

“Why do exhibit managers always go cheap on the sales lead acquisition system?

It’s a costly mistake that reduces the return on show investment by 200-300%.”

Why do exhibit managers always go cheap on the sales lead acquisition system? It’s a costly mistake that reduces the return on show investment by 200-300%.  Most shows offer marginally more sophisticated systems that can at least get some buying information from the prospect.  Better yet, there are third-party systems on the market that are superior to anything you can rent from show organizers.  These systems will get you information about qualified prospects, send them literature before they leave the booth, notify salespeople within minutes that they have a new prospect, and add the prospect to the CRM system, which in turn triggers marketing automation systems.

Before you rent a third-party system, make sure it can read the badges at the show you will attend; the better systems can.  Once you’re assured it can read a particular badge, you’ll know you have a system that will make the other 98% of exhibit costs worthwhile.

Yes, you’ll pay more for these systems, but when you do your salespeople will thank you, your prospects will be better served by being contacted more quickly, and that all means sales.  Sales go to the swift, not to the laggards who call the prospect two weeks after the show and ask, “Why did you stop by our booth?”

Two systems I know of that can do the job: Validar and NewLeads.  There are probably others; do a search.  These systems undoubtedly cost a bit more, but the results are 300% better than off-the-shelf systems from show organizers.

Let’s see: spend $50,000 on the exhibit (not counting the cost of your people’s time and travel), and $300-$600 on a lead acquisition system that delivers names and unqualified leads – OR - spend 2% more on average and double or triple qualified lead count?

It doesn’t take much to figure this one out.

This blog is supported by the generous sponsorship of VanillaSoft and GoldMine CRM Software.