The question about Marketing carrying a quota came up during lunch with Teri, a marketing manager for a hardware company. I asked innocently enough, “Should marketing managers carry a quota?” 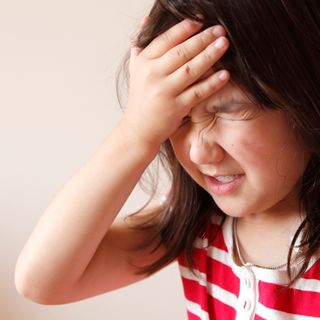 The pitch of her voice changed as she spoke, giving away her anxiety and frustration at the thought of potentially being held accountable for something that was out of her control.

“How can I be given a quota for this stuff?” she muttered, as she swallowed the last of her 16-ounce beer.

“So you don’t like the idea?” I asked. I guess that was the wrong thing to say, but it was funny. Teri launched into a tirade, sprinkled with expletives and curses I hadn’t heard since my Army days, but I could guess their meaning.   After all, she is a Marine (once a Marine, always a Marine, a Marine friend of mine told me).

You’d think I had asked her to take on a sales quota.

“How about committing to the number of leads needed to make quota?” I asked. “Is that acceptable?”

That stopped her. She made a big deal of ordering another beer, turning in her seat and waving her arms which I knew, and she knew, gave her time to think.

“Well, I guess that isn’t so bad,” she said. “It’s in my control, as long as I have a budget. I can take on a sales lead quota; maybe even a qualified lead quota.”

“But how,” I asked, “will you know how many leads to create?”

“I guess I just create as many as I can,” she muttered, unconvincingly. “What would you do?”

I told her a brief story. I met with a marketing manager a week ago, and she decided that the best place to start was with the Sales quota. She took the dollar quota for a product, divided by the average sales price, divided that by 45%* (typical number of buyers in any given group), divided that by a market share percentage, and came up with the number she had to shoot for. On a napkin, she decided she needed 5,926 leads.

With this number, she was off and running. She’d shoot for so many inquiries from trade shows; so many, on average, from web forms; so many from direct mail, etc. Divided by twelve, she’d need 493 inquiries per month. She had 30 salespeople, so on average this meant 16 inquiries per salesperson, per month. She figured that the guy in New York will get twice that, and the one in Denver will get half the average, but at least she had a number to shoot for.

“Semper Fi!” she shouted, which drew applause in the restaurant. “In the Marines,” she said, “it means ever faithful. I guess that applies here; ‘ever faithful to our sales reps’ works for me.”

Posted at 11:38 AM in Marketing Management | Permalink | 0 comments