Home The SLMA Join the SLMA 20 Women to Watch SLMA Radio Sponsors 40 Most Inspiring Privacy
Why Marketing Automation Needs Outbound Telemarketing
The man who complains about the way the ball bounces is likely the one who dropped it.”

"When all is said and done, more is said than done!”

Yes, Lou Holtz, the legendary football coach said this,* and how true it is in the sales lead management industry. In spite of all of the software tools available and the lip service given to proving the ROI for sales leads, I see few marketing managers step forward to actually prove lead gen ROI. It’s discussed and hammered on in webinars, seminars and workshops, and by keynote speakers and vendors. It’s included in most proposals by CRM and marketing automation companies. So why is it talked about more than it is done? 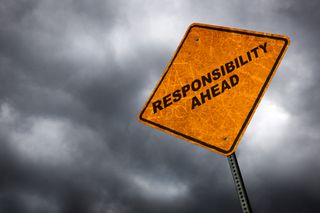 I have learned that there are basically two reasons people don’t do something: they don’t know how or they don’t want to. Often, these issues are interconnected. When it comes to lead management and marketing ROI, there are subsets of these two thoughts:

• They don’t know how to measure the ROI.

• Being held accountable is not their first choice.

• They don’t want to measure the ROI for lead generation.

• No one asked them to be accountable.

• Fear of the results.

• They don’t have the tools.

• They don’t know how to use the tools they have.

• They don’t have control over salespeople who report on results.

In spite of this fear, doubt and uncertainty, I have seen very few lead generation programs that, when measured for sales results, fail to produce a sufficient margin to make the investment worthwhile. The majority of the time, because the manager doesn’t measure the ROI, they can’t defend their marketing budgets. They stick to the creative buzz and hope no one asks for the results.

I believe that marketing managers must have the courage of their convictions to prove that lead generation budgets are well spent. Because the tools are there for measuring the lead generation ROI, it IS possible to measure it. This is settled science.

In a blog entry on March 3, 2011, I said it’s “Time to stop cussing the mule and load the wagon.”    It isn’t difficult; you just have to make the decision that you’ll do it to the best of your ability, stop talking and start doing. You’ll find your job to be more secure and satisfying when you do.

*Some say that it was Alfred E Neuman that said it!